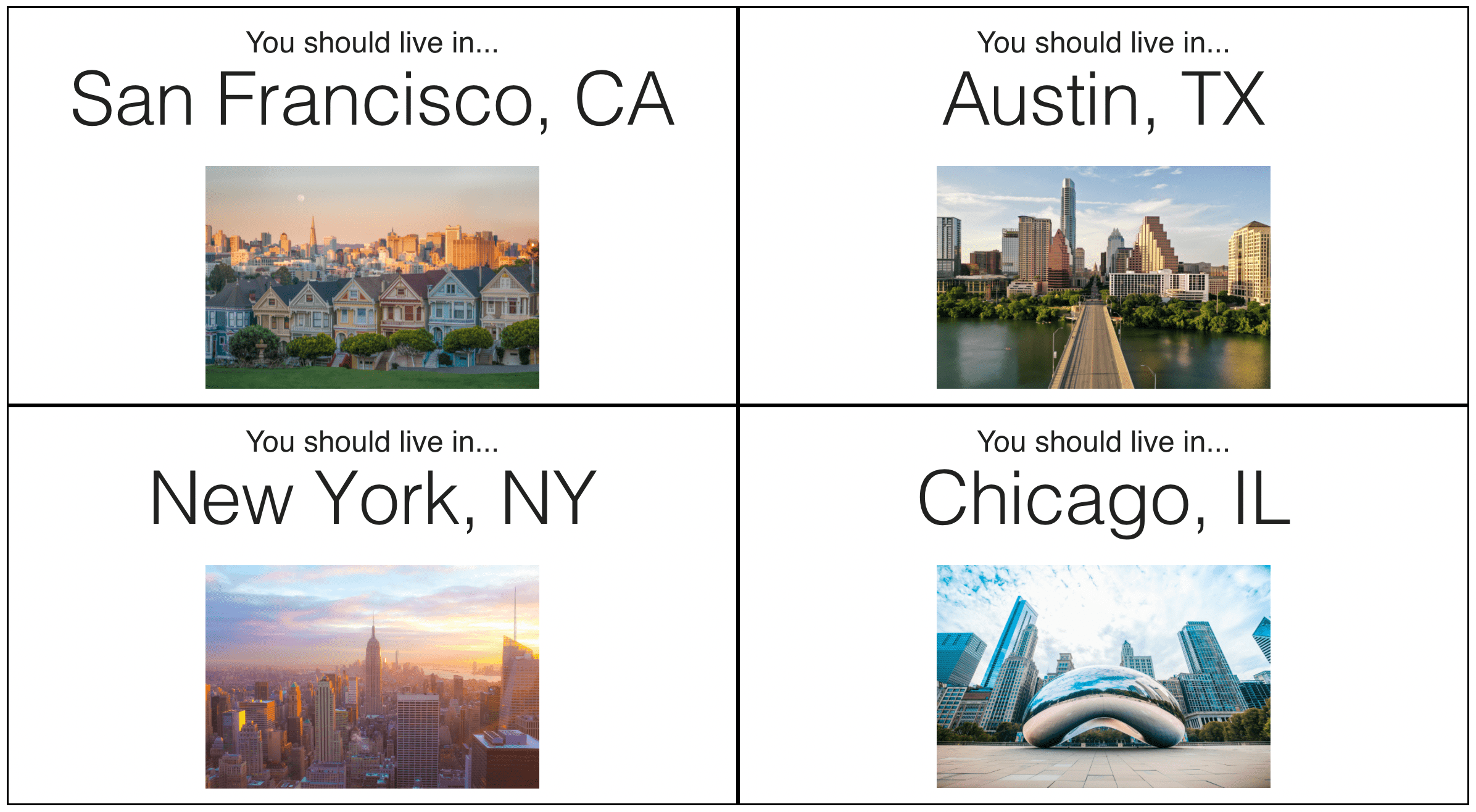 If you came here expecting to read about the incremental progress that I made on Trivia Night this month, I'm sorry to disappoint you! I planned to spend a bit of time working on a new project while doing some promotion and improvement of Trivia Night in the background... except I ended up getting completely distracted and kind of forgot about Trivia Night for the whole month.

Let's find out what I did do!

1. Get 8 teams of strangers to attend the next open game

First, the ugly. I'm really struggling with where/how to promote these free games. Trivia is a strange mix of broad appeal and shallow interest: there are tons of people who love pub trivia, but the vast majority of them aren't trying to find like-minded communities online (or even really thinking much about their interest at all).

The few strangers I have been able to win over have come from online trivia websites I'm a member of, but a.) they're small and b.) I don't want to wear out my welcome with constant self-promotion. I'm not completely out of ideas here, but what I've been doing clearly isn't working. So if you have any thoughts, please let me know!

I don't think I specified that this dollar had to come from Trivia Night, so I'm giving myself the "A" for significantly exceeding it, even though I'm not sure it's repeatable. More on what happened below!

3. Launch my next project

Big success! I apologize for making it this far into the review without actually explaining what I've been working on, so let's just get to that without any further ado.

My partner and I love the city we're in, but we're also basically here by accident. As analytical people getting close to "settling down" age, we've spent forever discussing the factors that matter to us in choosing a city for the long-term. While we obviously don't expect to pick a home based on numbers, we've always wanted a way to narrow down the list of American cities to a few that tick the right boxes.

A few of our factors (art/culture, food quality) are pretty hard to quantify, but many others (climate, diversity, politics, proximity to family) are quite easy. This seemed like a project that would be quick, helpful for us, and potentially useful to others. I set to work finding publicly available datasets (thanks, U.S. census!) for as many of these as possible, then built a web app that asked you what factors you cared about and spit out the cities that most closely matched your preferences.

After about ten days of work I had something that I was enjoying playing with. This isn't a particularly high bar (I also love playing with spreadsheets), but it seemed like time to get a second opinion.

I made my family take the quiz and they had immediate, strong opinions on what I should improve. While strong negative opinions might make it seem like I missed the mark, in retrospect I think this was a sign that I was close to something cool. When something is just bad, people don't have much to say at all. When something is bad but tantalizingly close to being good, however, people fall over themselves wanting to point out how to get it there.

After tinkering a bit more, my partner sent the (still barely functional) site to a few of her friends late on a Saturday night and we went to bed. I woke up the next morning to 300 views on a website that literally didn't load on mobile. I was initially panicked that so many people were seeing such an embarrassingly broken site, but I think this was a critical moment in internalizing what I'm actually trying to do. Clearly, there was a kernel of something interesting that was resonating enough for strangers to share the site, so it was my job to get out of the way and showcase that kernel.

If this accidental moment hadn't happened, I could have easily spent another month adding features and prettifying the site. But the fact that people were enjoying it in such a rough state re-convinced me of the value of releasing early. I quickly patched up the most glaring holes and had something ready to launch a week later.

With zero experience posting on social media, I had no idea what to expect from launch announcements. I gave it a little thought and decided to post on three sites:

The attention was very unexpected, and feels pretty random looking back on it. Six hours after posting, I only had a few comments (mostly negative ones about how long the quiz was). I worried it might fade into irrelevance. But the post eventually got a small flurry of attention and quickly started snowballing. 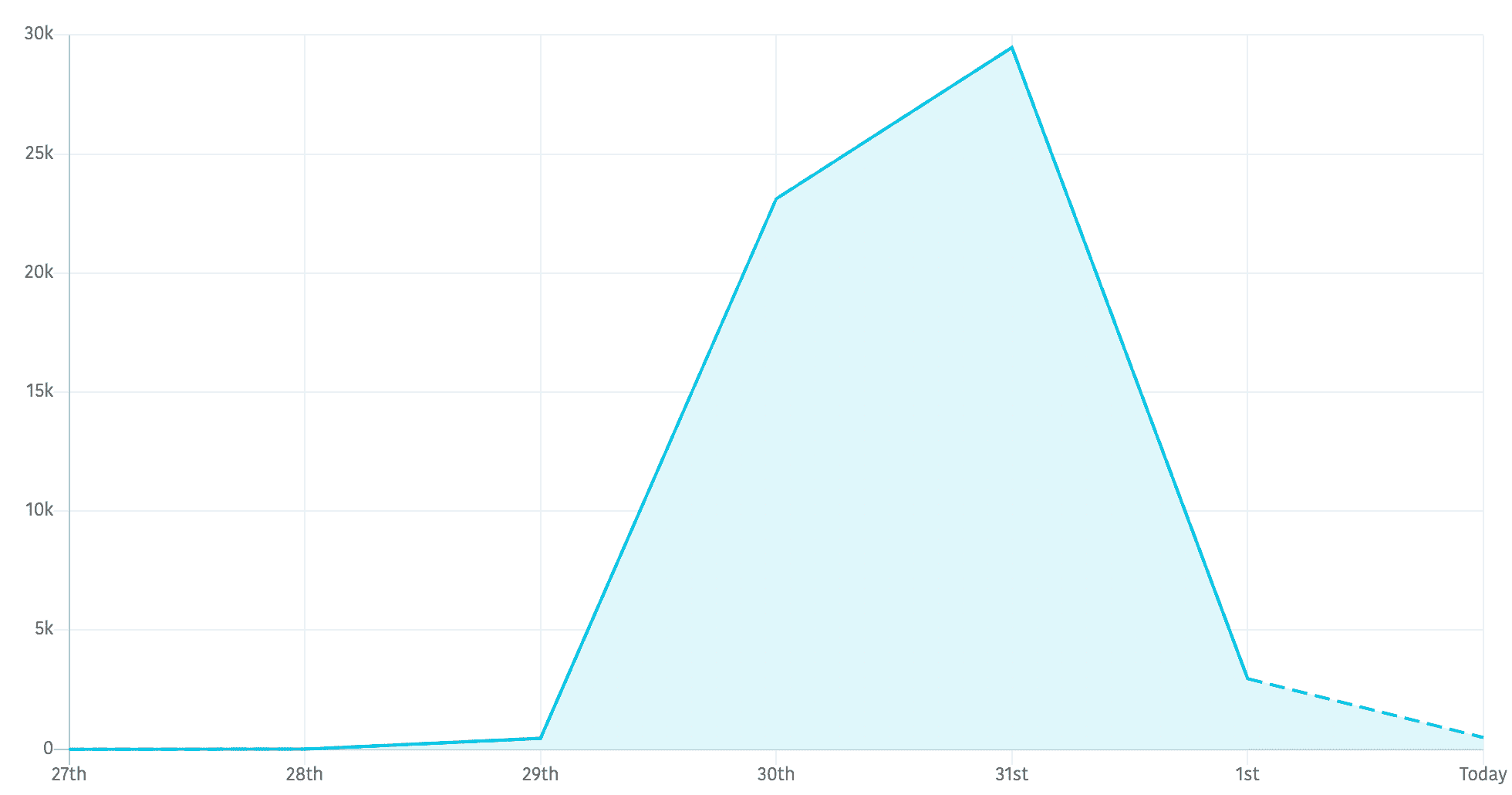 When it was around 10,000 views, I decided to slap a small "Buy me a coffee" button in the footer, more out of curiosity than anything. My impression is that most people don't have much luck with these, but since I hadn't been able to get a brand new site accepted to an ad network yet, it seemed like my best bet to make some profit off my work.

To my surprise, I woke up the next morning to $65 dollars in virtual coffees from seven very kind strangers.

Okay fine, one of those strangers was my mom.

Now that the excitement of semi-virality is over, it's time to remind myself that the site is very much not a finished product. I got mountains of feedback from helpful (and not-so-helpful) commenters, so it's time to wade through that and see what I can improve.

(In a surprise to me, not a single one of more than 600 comments mentioned the rough appearance of the site. Probably good to remember for future projects!)

While the initial swell of attention is over, the site seems to have stabilized at around 3,000 views per day. Organic search traffic has also started picking up, which gives me hope I can turn it into more of a sustainable hit.

1. Get (minimally invasive!) ads onto whereshouldilive.co

I have a hunch that my relative success with Buy Me a Coffee relied on the personal connection to the creator. People who get to the site from search results (instead of a personal post by me) might see it as a faceless tool and be less likely to contribute.

If that hypothesis holds over the next week or so, I'm going to switch to supporting the site via ads. Here's hoping I now have enough traffic to get accepted by one of the networks!

2. Get to 50 subscribers on this blog

So far I haven't really pushed this blog as a primary output of mine, thinking of it as more of a personal tool for accountability. But as I continue launching assorted projects, having an audience to help jump-start them (instead of blindly posting on Reddit) will be crucial. So, 50 it is!

3. Get 8 teams of strangers to attend the next free trivia game

I'm running it back! And hopefully doing something different to actually make it happen this time.